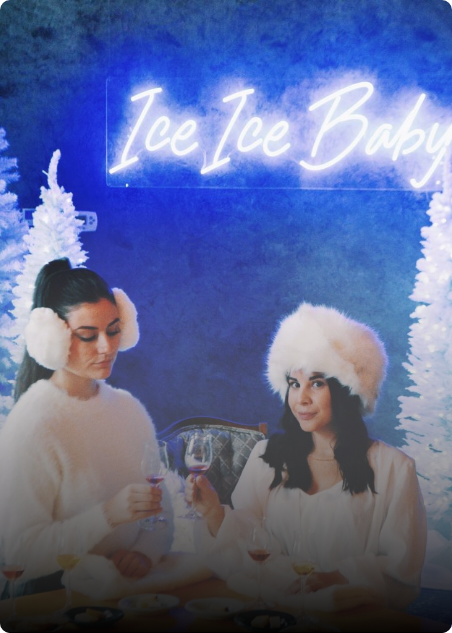 The snow is flying and we're still pouring - for you!

Our 3rd annual Winter Wonderland is back! It's time for Ice Ice Baby!

Every weekend between December 10th to February 2023, come and enjoy the an amazing Winter Wonderland experience inside our transformed barrel room. Last year we sold out on most weekends so book now as to not miss out on this wonderful winter event.

Each weekend, we offer 3 intimate tasting experience times:
11am, 1pm, and 3pm.

As with years past, we have teamed up with Chef Chris from Vintage Hotels to create this year's tasting menu and Chef has come through once again!

This year, we are mixing it up and 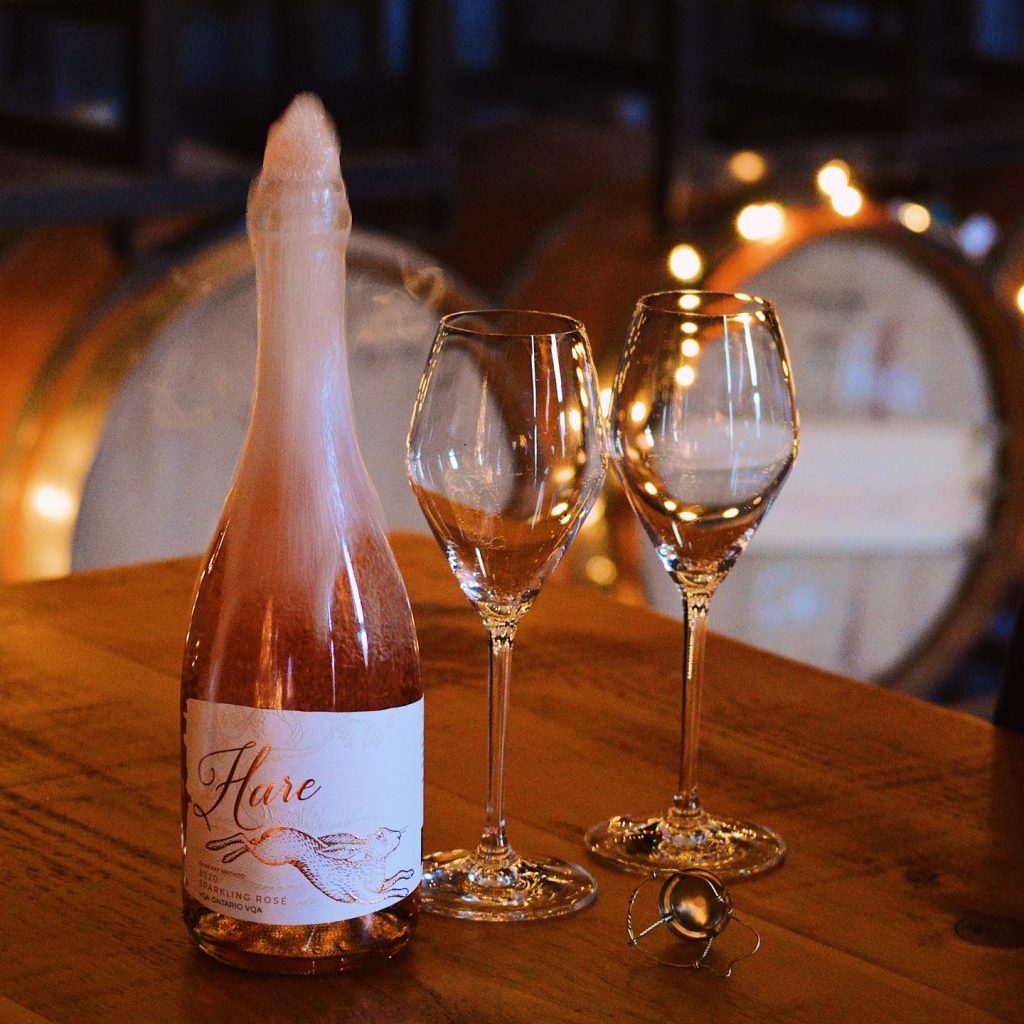 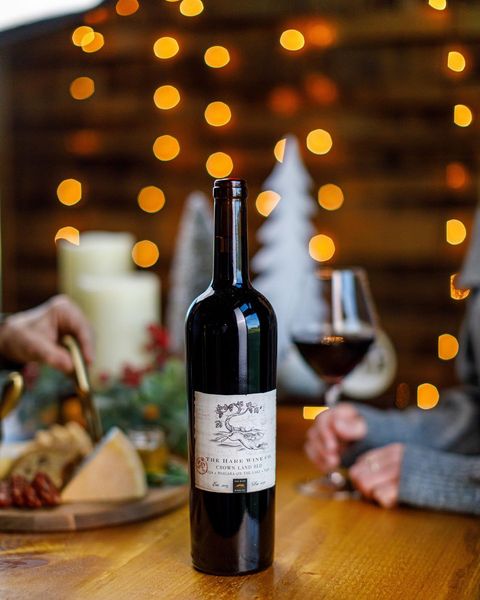 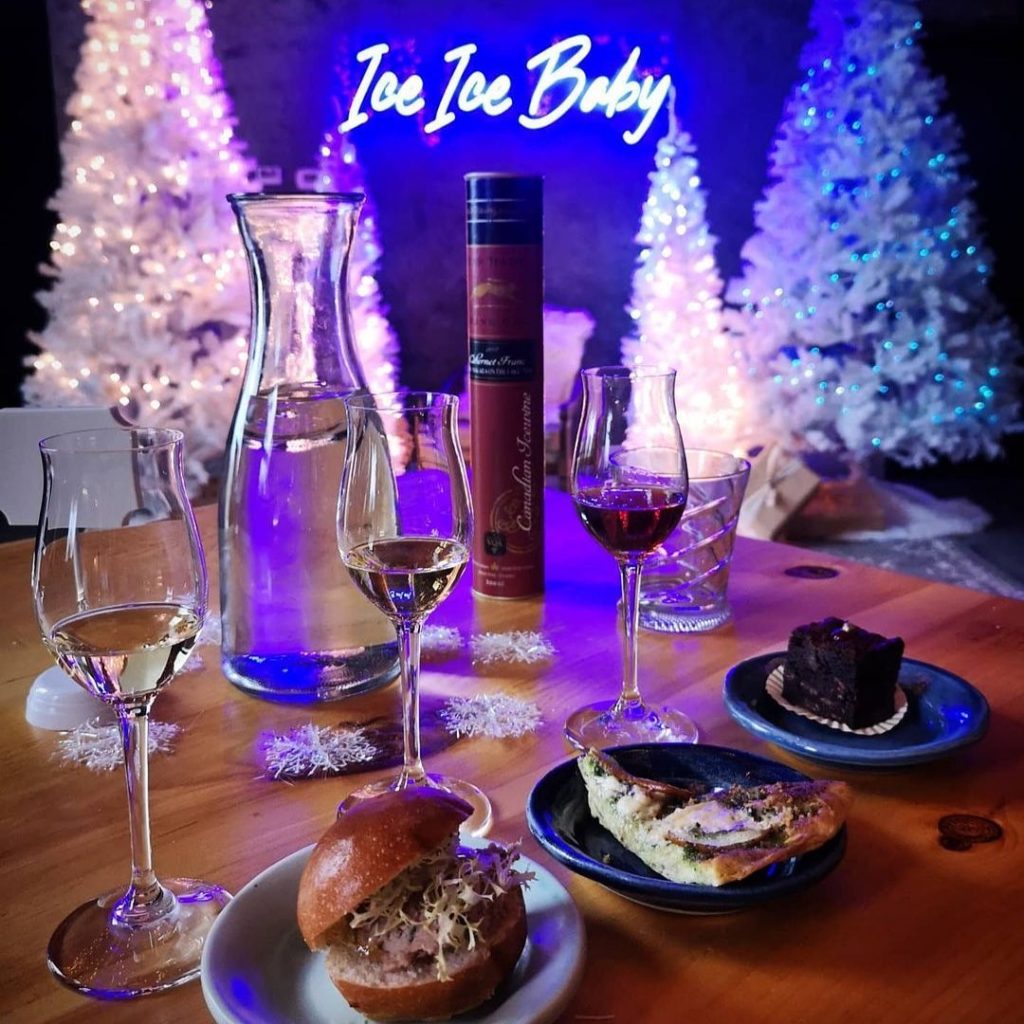 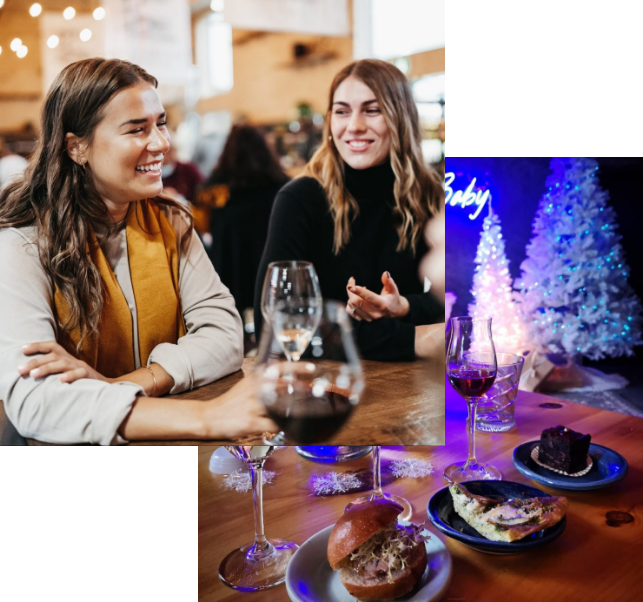 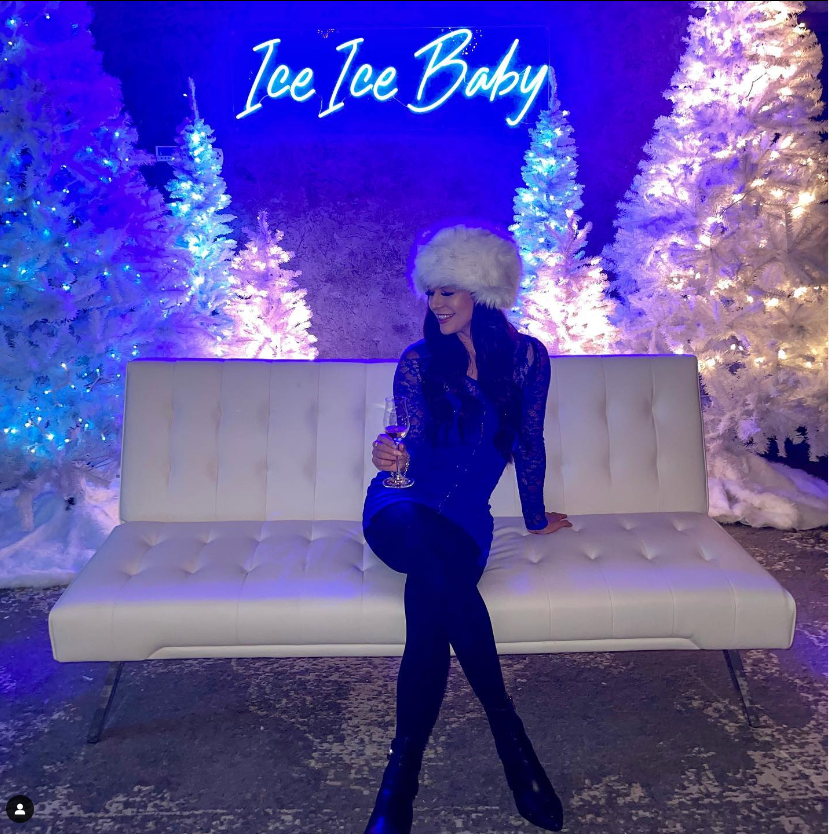 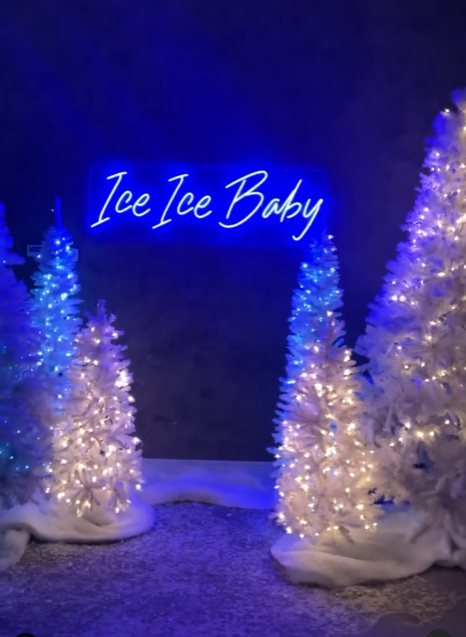 About The Show
Jazz composers meets Tin Pan Alley! Mark is back with us to send us off into the winter season! Enjoy some classic jazz along with Neil Swanson on Bass, and Terry Clarke on drums, as they welcome us into the most wonderful time of the year!
About The Artist

Mark Eisenman on Piano
Mark Eisenman has performed with numerous eminent Canadian and U.S. jazz artists including the following: Art Farmer, Lew Tabackin, Barney Kessell, Ed Bickert, Rob McConnell, Guido Basso and Pat LaBarbera. As leader, Mark can contract musical ‘guests’ such as horn players and vocalists. Mark’s network of talent is constantly expanding with his teaching and accompanying work. He is also available for solo piano cocktail parties and other events.

Neil Swainson on Bass
Neil Swainson was born in Victoria, British Columbia, Canada on November 15, 1955. He began working with Paul Horn in 1975, and played in his band for two years. Neil also backed up such musicians as Barney Kessel, Herb Ellis, and Sonny Stitt.

Terry Clarke on Drums
Terry Clarke was born in 1944, in Vancouver, British Columbia, Canada. He began displaying rhythmic aptitude at a very early age, and was just 12 years old when he began studying formally with noted drum teacher and author, Jim Blackley, Blackley was, and remains, a primary figure in Clarke’s continuing development as a musician.
Food Options 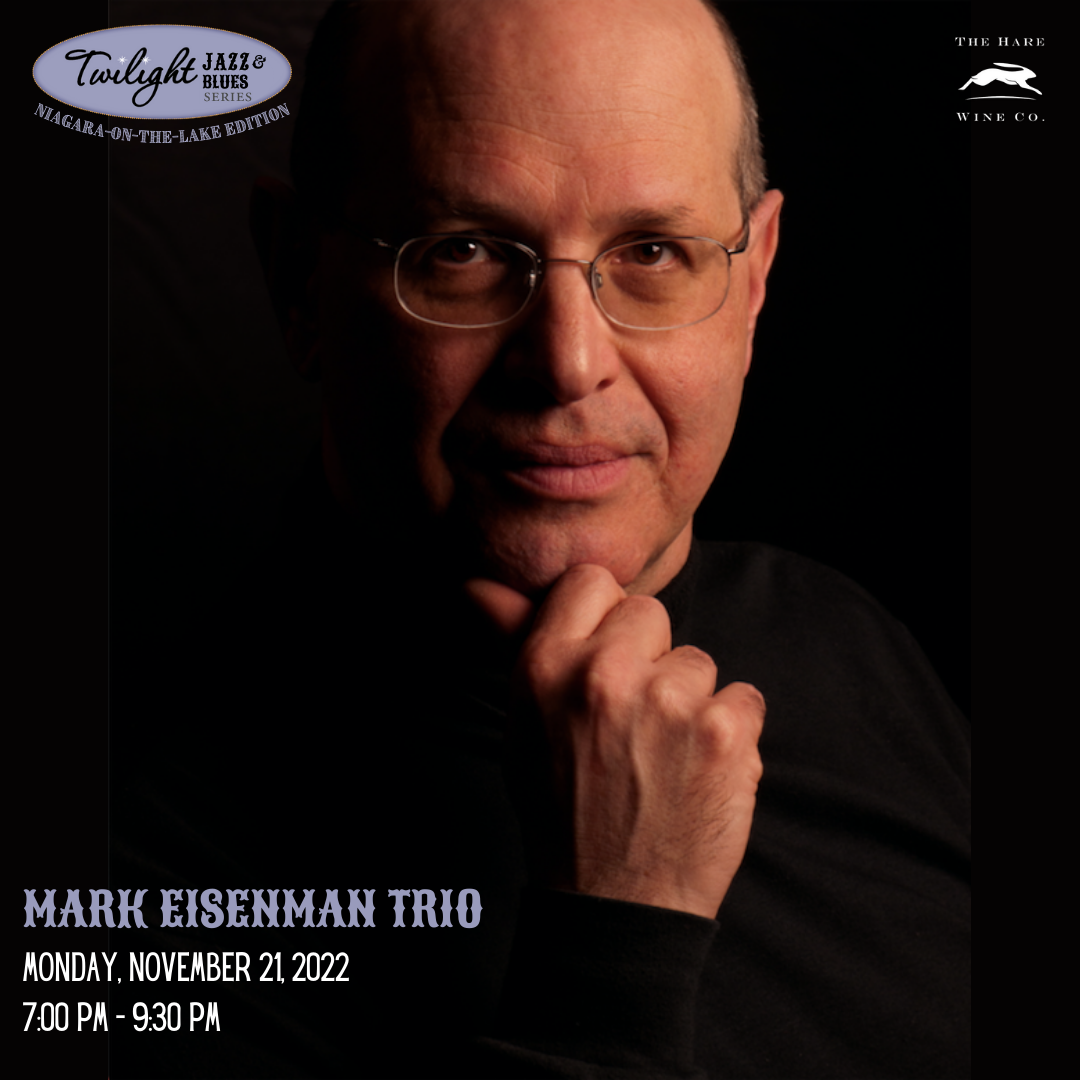 Gigi is a unique song interpreter who will be curating songs from many eras and styles. From the 30s til the 80s, from the blues to Brazil and of course a little bit of seasonal music to get us into the holiday spirit!

Genevieve “Gigi” Marentette on Vocals
Genevieve (Gigi) Marentette has established herself as one of Toronto’s most recognizable and illustrious vocalists. “She has always had the type of voice and stage presence that mesmerizes an audience and is simply one of Canada’s finest singers.” Says Jaymz B.

Bassist, Composer and Producer George Koller has accumulated hundreds of wildly diverse performing and recording credits in his expansive musical career. A prolific composer and producer, yet recognized primarily as a bass player, George plays a variety of instruments, notably Indian stringed Instruments.

Over 30 years of performance worldwide has earned Michael Shand his place in the upper echelon of keyboardists in all of Canada. Despite, in just four years, having achieved a grade 9 Royal Conservatory of Music classical piano certification, his musicality has been deeply rooted in jazz, having been immersed in it since birth in the home.

Percussionist, composer and producer Ben Wittman was raised in the creative and adventuresome atmosphere of Bennington College, Vermont during the ’60s and ’70s. He attended college at New England Conservatory of Music in Boston where he received a Bachelor in Jazz Performance. 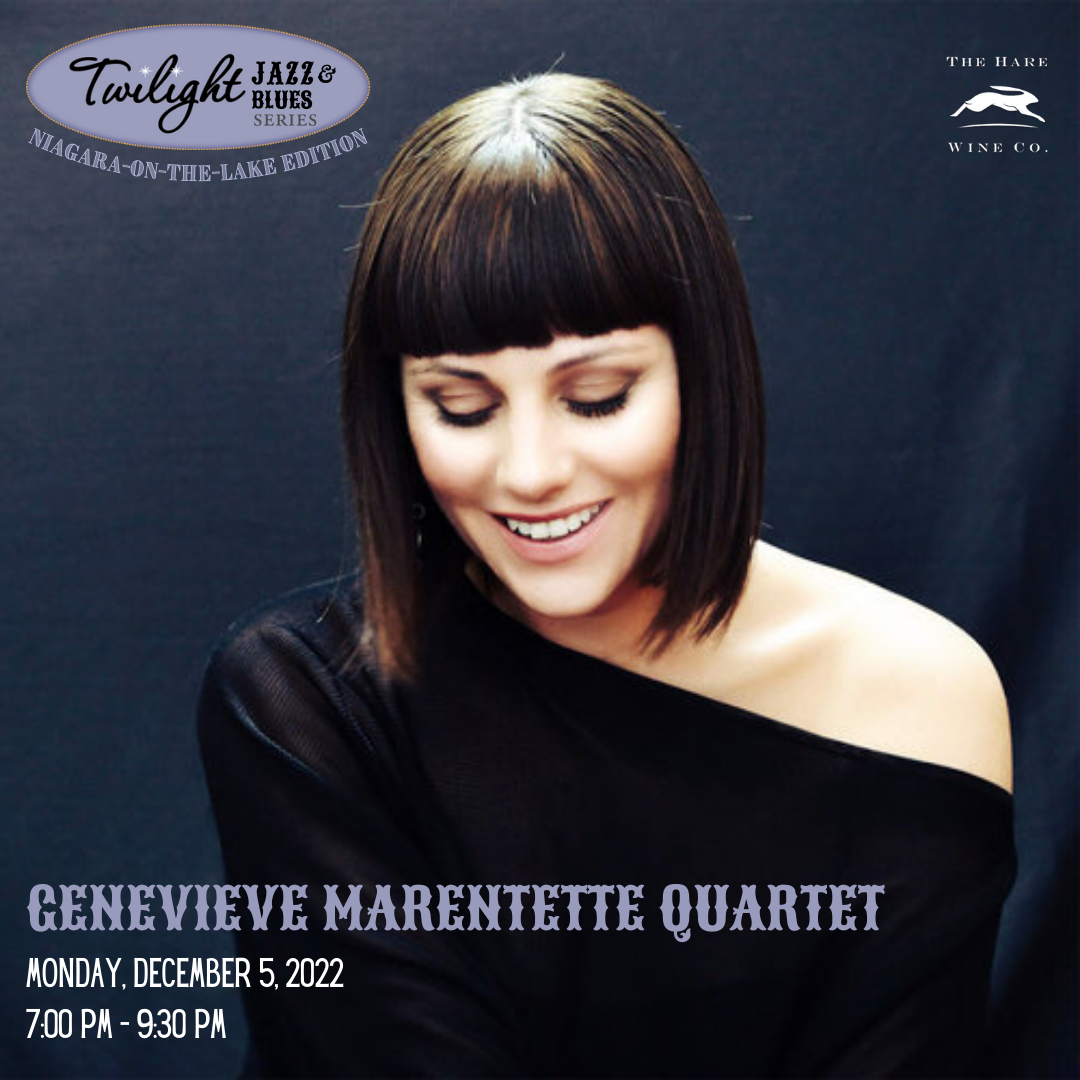 Enjoy the Music of a Charlie Brown Christmas with an intimate live jazz experience in the heart of wine country.  This show features Duncan Wilson on piano, Tyler Wagleron on the upright bass,  Adam Bowman on drums and special surprise guests.

Drummer and percussionist, Adam Bowman, has been a mainstay in both the Canadian and international music scenes for more than two decades. As a touring musician, Adam has been heard on stages across five continents with artists such as Juno-award winners Kellylee Evans and Carlos Morgan, Canadian independent music trail blazer Ember Swift, improvising guru VINX and country-folk songstress Dawn Langstroth, among many others.

Duncan Wilson (b. 2002) is a Toronto-based pianist rooted in the bebop tradition. Born and raised in Orillia, Ontario, Duncan currently studies jazz performance at the University of Toronto. His teachers have included Chris Donnelly, Mike Murley, and Kelly Jefferson.

For well over a decade Tyler Wagler has been an in-demand sideman in Canadian folk, roots, and reggae music.  He has been busy playing guitar and bass with artists such as The Human Rights, David Sereda, Raven Meets Lion, and many more. 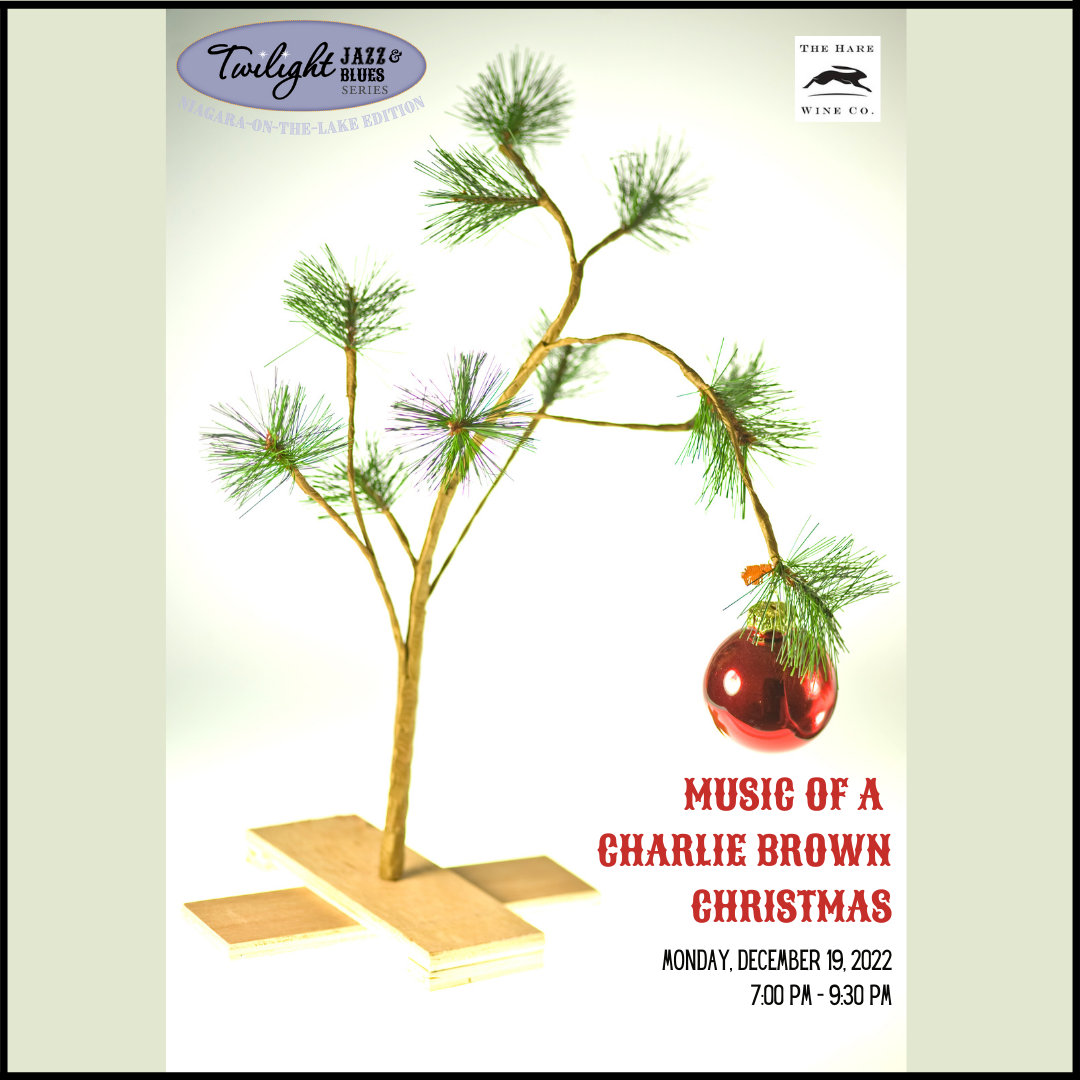 Enjoy a selection of Niagara wines and artisan charcuterie lunch with The Hare Wine Co. by booking a one-on-one or large group reservation today. Niagara-on-the-Lake is the perfect destination for romantic getaways and groups looking to escape the 9-5 or the bustling city of Toronto for a weekend. Give us a call or reserve your tasting package online.

The winery is located in the heart of wine country on some of the most abundant and fertile lands of the Niagara region.
Sitemap
Menu
Social
Facebook Twitter Instagram